Blackstone President and COO Jon Gray talks about the post-COVID environment, maintaining investment discipline as business scales up, the appropriate level of return in a near-zero interest rate environment and what keeps Jon up at night.

As one of the world’s most respected private equity firms, the conversation naturally turned to the macro environment and the likely path of markets post-COVID. Jon pointed out that the global economy is strong and well-positioned for reopening as a result of huge monetary and fiscal stimulus. Consumers have been saving significant sums during lockdown and are eager to get out and spend as a reaction to what he calls ‘COVID cabin fever’.

Blackstone is well-known for its investments in real estate and Jon sees this as a continuing high-conviction thematic for his firm. It is also bullish on travel and tourism post-COVID and is already seeing higher occupancy rates in typical tourist destinations such as Orlando and Las Vegas. Blackstone expects this to be a global phenomenon as borders reopen.

Jon outlined some of the other key themes that form the basis of their investments – such as the move to online, life sciences and green energy. He explained that Blackstone invests in businesses directly connected to these trends as well as those that are one derivative removed. He cited shipping and distribution as a sector set to benefit from increased online retail.

A bright future for Australia

Blackstone has big plans for its presence in Australia and Jon laid out some of the fundamentals that shape this view. Although Australia’s population ranks only 55th in size globally, its population growth rate is three times greater than the US. On top of that, Australia has the fourth largest pool of pension savings in the world. And it doesn’t hurt that we are located in Asia, a region seen as pivotal to the global economy.

As a result, Blackstone sees Australia as both a market and an economy with great potential. Jon pointed out that Blackstone is currently in the process of doubling its floor space in Australia in anticipation of future growth. It currently has more than $10 billion in real estate assets here and its investment in La Trobe Financial has drawn a lot of attention.

Culture has always been a critical driver of success at Blackstone. That culture is built on many pillars – meritocracy key among them. Many of the most impressive people at Blackstone started their careers at the firm, which has been built by allowing its talent to rise to the top.

Another pillar of culture is giving back – having a larger purpose than simply a day job. Tim pointed out giving back was a philosophy well-known to Morgan Stanley as one of our core values. Recognising individual responsibility to the community is actively encouraged at Blackstone and viewed as another opportunity to demonstrate entrepreneurial thinking.

COVID and the increase in remote working made culture both more important and more challenging. Jon explained that the move back to the office is gaining momentum and is something he sees as vital. Recognising, mentoring and empowering talent is something best done in-person.

Jon pointed to the discipline in investment decision making as another core component of success. Despite being a global organisation with more than 4,000 people, Blackstone still runs a centralised investment process. Local teams have significant input, but it still comes to a central investment committee. This robust process has proven its worth over many years.

What keeps you up at night?

Tim and Jon wound up their conversation with a look at risk and some familiar concerns. Jon pointed to the potential for rising inflation, but indicated it wasn’t his base case. Geopolitical tensions are something he maintains visibility of, however those tensions are outside his control. Finally, cyber is something that everybody needs to take seriously given its potential to disrupt businesses, economies and institutions.

More than anything, Jon indicated he is focused on protecting Blackstone’s reputation. Operating a business entirely reliant on clients’ trust means there is absolutely no room for compromise on anything that endangers that trust. 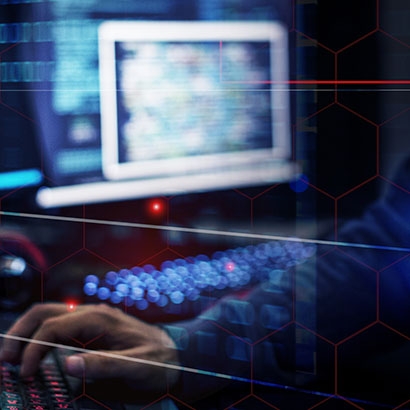