Consumer sentiment: conditions into 2022 likely to be strong

The latest Morgan Stanley research revealed consumer sentiment fell 1.5% in October, but the index remains positive despite lockdowns in New South Wales and Victoria. This resilience suggests that households are optimistic in the face of significant economic disruption.

While weakness was broad-based across categories, there remains higher expectations both for own-family finances and unemployment expectations, which importantly improved in the month. However, some signs of caution remain.

Housing measures fell in the month. The thinking it is the right time to buy a house reversed its recent recovery and remains low relative to history reflecting affordability concerns. House price expectations remain near historical highs.

Overall, this points to a resilient household sector. While the near-term reopening may be choppy, Morgan Stanley expects conditions into 2022 are likely to be strong, with household spending supported by excess savings that have built up (around $200 billion or 10% of GDP), a resilient labour market, and ongoing government income support.

Business sentiment was mixed in September, with continued lockdowns in New South Wales and Victoria contributing to current conditions falling in the month. However, on the positive side, confidence rose strongly – moving positive for the first time since June.

Confidence strengthened across all industries except mining, likely affected by the fall in iron ore prices during the month, while conditions improved only in the retail and transport sectors.

Overall, this month's survey has shown that while conditions are currently tough, businesses are more optimistic on the path forward. Lockdowns in NSW and Victoria remain disruptive to businesses but with the increased vaccination rate and the pathway to normality becoming clearer, Morgan Stanley Research expects sentiment to continue to recover going forward. This aligns with other forward indicators suggesting that a stronger return of demand is likely as restrictions ease. 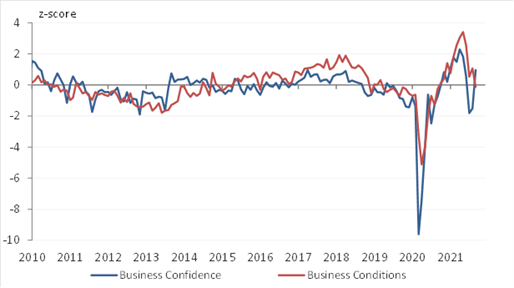 September showed weaker employment figures as expected, but detail suggests resilience beneath the surface. With restrictions starting to ease, the employment trough is likely close and labour demand indicators suggest Australia could return to a tight market relatively quickly, putting the focus back on wages.

With restrictions already easing in New South Wales, and Victoria not far off, it is likely we are close to the trough in employment. Unemployment may still rise a bit over coming months as workers return to the labour force and start looking for jobs, but this increase should be relatively modest.

This release, while obviously weak, does suggest some resilience in the labour market. Alongside this, labour demand indicators remain relatively robust. All this supports Morgan Stanley’s expectation that we will return to the tight labour market conditions seen pre-lockdown relatively quickly. This is likely to place further upward pressure on wages growth, particularly with a strong demand recovery and still restricted border flows. The key uncertainty will be how quickly this will occur. 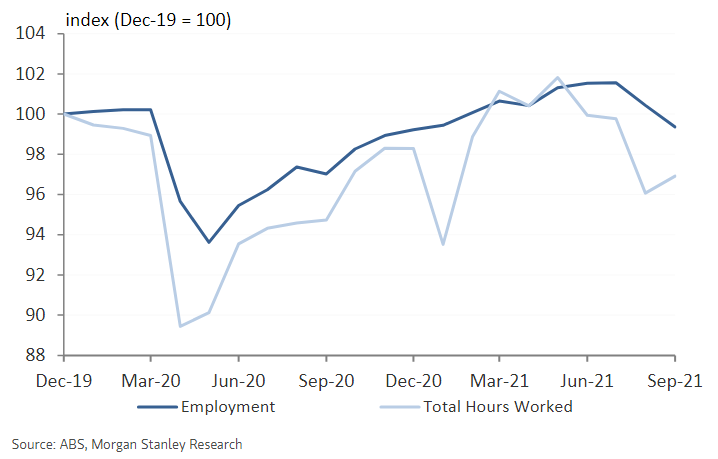 For more on macro trends in Australia, or to read the full Australia Macro+ Morgan Stanley Research reports, speak to your Morgan Stanley financial adviser or representative. Plus, more Ideas from Morgan Stanley's thought leaders. 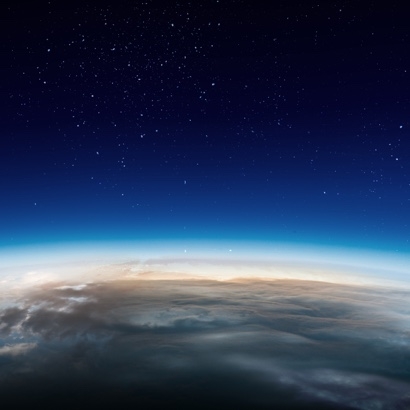 The New Era of Space Exploration

What does the rapidly evolving commercialisation of space mean for investors? 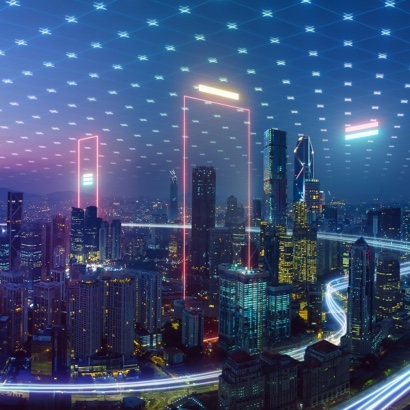 The Increasing Role of Data and Automation

The nexus of changing customer expectations, increasing competition and evolving regulation is providing opportunities and challenges that will transform businesses from across the spectrum. 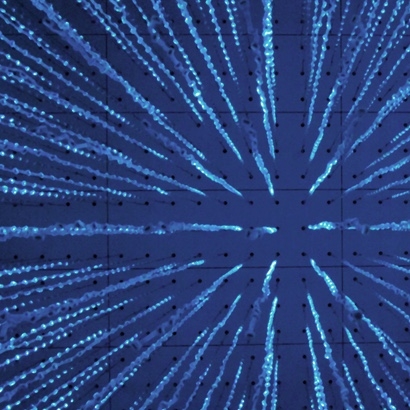