In the first months of 2020, as global COVID-19 cases were skyrocketing and businesses were shuttering, an economic outlook that called for a near-term recovery would have seemed far-fetched. Yet, as July begins, multiple indicators suggest that growth began to rebound in May and even gained momentum throughout June.

While the economics team at Morgan Stanley Research is closely watching the effects of a recent surge in new U.S. COVID-19 cases, data suggest that the global economy could regain its pre-pandemic levels in four quarters, with developed market economies fully retracing their growth path in eight quarters.

“We believe this will be a sharper but shorter recession, and recent upside surprises in growth data and policy action have increased our confidence that this will be a deep V-shaped recovery," says Chetan Ahya, Morgan Stanley's Chief Global Economist.

In Morgan Stanley's global midyear macro outlook, Ahya and his colleagues forecast a second-quarter trough of -8.6% for annual global GDP, followed by a turnaround that pushes output back to pre-COVID-19 levels by the fourth quarter.

Ahya and the firm’s regional economists point to three key reasons behind their outlook: First, this hasn’t been a typical recession triggered by bubbles and imbalances; second, unlike the last downturn, the financial system is on firm footing; finally, and perhaps most important, policy support from the world's largest economies has been decisive, significant and coordinated.

All eyes on cases and cures

No doubt, the pandemic’s unpredictable path remains a key risk to forecasts. New cases of infection globally have recently set highs, as various regions started to reopen, particularly in the U.S. For the moment, however, the growth in new infections appears to be manageable—though the situation remains fluid.

Local officials in new U.S. hotspots have paused plans for reopening and are re-emphasising the need to wear face masks and maintain social distancing. This will likely lead to some loss of economic momentum in those areas, but continued improvement in most other states should lift the aggregate economic data.

At the same time, biopharmaceutical companies are continuing to make progress on treatments and possible vaccines. “As testing and tracing capacity ramps up, we believe the public health authorities are in a better position to manage the outbreak and a potential second wave," Ahya adds.

Consumer spending plays no small role in driving an economic recovery and over the past several months, consumers seemed to have adapted, leading to a reduced drag on overall spending. Online shopping in the U.S. has shifted into high-gear, with e-commerce adoption two years ahead of where it was previously tracking.

Americans may have clamped down on spending for travel, in-restaurant dining and experiences, but they are opening their wallets elsewhere. “Credit card transactions data indicate that sales are already recovering by 21%, compared to 29% declines only a few weeks ago," says Chief U.S. Economist Ellen Zentner, noting that U.S. auto sales are now just 10% lower than the pre-pandemic forecast.

“The U.S. economy has already moved into expansion, which marks the shortest U.S. recession on record dating back to the 1920s," she says. With restrictions lifting, the U.S. economy is seeing a bump from pent-up demand, though growth rates for consumer spending could slow with the recent increases in infection rates.

No single playbook can address all of the economic fallout from a global pandemic, and policymakers didn’t hold back in their responses. Morgan Stanley economists expect such accommodative monetary and fiscal support to continue.

As the first country to be hit by the pandemic, as well as the first to rebound, China is on track to return to growth in the second quarter—after its first quarterly contraction in decades—and regain its pre-COVID growth level by the fourth quarter. “Macro policies are usually well coordinated in China and this time is no different," says Ahya, whose team continues to have an above-consensus China growth forecast of 2% for 2020 and 9.2% in 2021.

In the U.S., expansionary policies will likely linger, even as unemployment rates decline. “We project an additional round of fiscal support to the tune of US$1 trillion in July," says Zentner, whose team forecasts that U.S. GDP will contract by 5.8% for full-year 2020, followed by 3.9% annualised growth in 2021.

Monetary and fiscal responses have also been swift and meaningful in Europe. The key policy development, say Morgan Stanley economists, has been the European Commission's €750 billion recovery fund proposal, backed by joint bond issuance—a first for the euro area. “With large countries, including Germany, backing this proposal, we expect agreement on the package, helping to underpin synchronised recovery across Europe," says Ahya.

That said, the UK may not see the same rebound. Economists forecast a relatively weak British recovery, one that likely won’t return to pre-COVID GDP levels until the third quarter of 2022.

Emerging markets also will likely be slower to rally, particularly in markets where COVID-19 cases came later. Nevertheless, emerging markets overall are set to contract by 1.6% this year and rebound to 7.2% growth in 2021.

Although virus and vaccine developments are the key variables in Morgan Stanley's bear- and bull-case outlooks, COVID-19 isn't the only caveat.

One potential wrinkle is the possible reemergence of U.S.-China trade tensions, characterised by another rise in tariffs. The U.S. election presents yet another variable. Policy uncertainty in the run-up to election day in early November could very well increase market volatility—and dampen investment, employment and output, more broadly.

Finally, investors may soon need to confront the return of inflation. Recessions are historically deflationary, but the COVID-19 recession, short as it may be, has meant a dramatic expansion of monetary and fiscal policy that could drive reflation and then inflation. Other forces, such as trade and rising wage costs—driven in part by overdue conversations on wage inequality—could add to that inflationary dynamic.

For more on global strategy, speak to your Morgan Stanley financial adviser or representative for the full report, "Still Embracing the V" (June 14, 2020). Plus, more Ideas from Morgan Stanley's thought leaders. 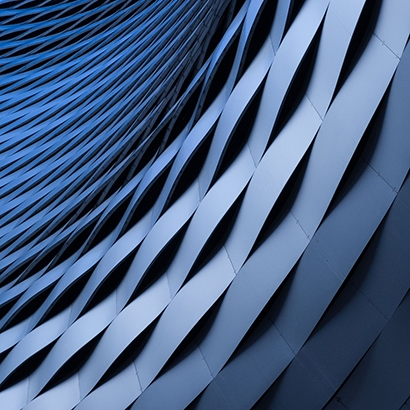 The Evolution of Banks

Australia’s banking industry is experiencing a rapid change of digitisation, especially with the rise of neobanks. 5 Ways the Coronavirus Recession Could Change the Internet

Sheltering in place has brought changes to how we live and work, particularly in the Internet space. As nations address the economic downturn caused by coronavirus, here are five areas of potential disruption online. 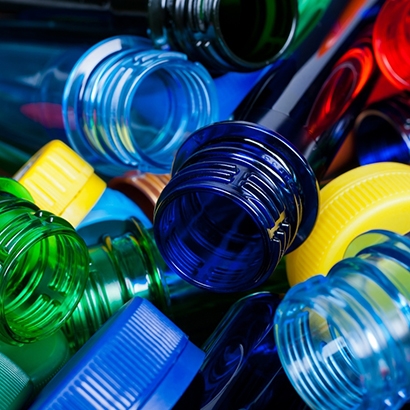 The Circular Economy of Plastics

Between US$80 to US$120 billion is lost from the global economy every year through current waste practices for single-use plastics alone. This indicates a significant financial opportunity.