Imagine if the supply of salt, the world’s most-used culinary ingredient, was expected to run out in two years. Let’s say a suitable replacement was invented, however, the usage was a bit different, requiring chefs around the globe to recalibrate countless recipes while still continuing to run their restaurants and feed customers.

A similar scenario is playing out now, as financial markets prepare for the imminent end of the London Interbank Offered Rate, or LIBOR, often called the most referenced short-term interest rate in the world.

Most investors and borrowers have a vague sense of LIBOR, since odds are they have loans and assets tied to it. Some US$200 trillion to US$300 trillion in mortgages, consumer loans, corporate debt, derivatives and other financial instruments reference LIBOR, and its influence as a market barometer is even more wide reaching.

However, for several reasons discussed below, regulators want to retire LIBOR with a full phase-out by the end of 2021. At that point, all dollar-denominated loans, derivatives and debt will reference a new rate—the Secured Overnight Funding Rate, or SOFR—which is a median of rates that market participants pay to borrow cash on an overnight basis, using Treasurys as collateral.

This slow, complex transition from LIBOR to SOFR has been in the works for years, and recently has started to gather more steam—though not without complications.

To explain this complex transition, the Rates team at Morgan Stanley Research recently published an in-depth primer on the transition. Here are some key takeaways from the primer about the role of LIBOR, the details of its reform, and its implications for investors.

LIBOR is a benchmark for short-term interest rates, ranging from overnight to one year, across many different currencies. Its origins are said to go back to 1969, when a Greek banker arranged a syndicated loan linked to the reported funding costs of banks, though it wasn't formalised until the British Bankers' Association began overseeing the collection and governance of this data nearly two decades later.

Fast forward, and today LIBOR has a critical role in global markets: It is now widely used as a reference rate for financial contracts and as a benchmark to gauge funding costs and investment returns for a broad range of financial products, including adjustable-rate mortgages, credit cards, floating-rate bank loans and interest rate swaps.

In addition, variations in the “spread" between LIBOR and other benchmarks indirectly act as a key indicator of changing investor sentiment in global financial markets.

Global markets have grown in size and complexity. Yet, the methodology for calculating LIBOR rates has remained largely unchanged: Each day a group of large banks, known as panel banks, report their funding rates to the Intercontinental Exchange Benchmark Administration (IBA), which took over administering LIBOR in 2014. Those numbers are averaged, adjusted and released at approximately 11:45 a.m. London time each business day.

This process is outdated in the best of circumstances, but the bigger concern is the significant decline in sample size for calculating LIBOR since the 2008 financial crisis. In its aftermath, fewer panel banks have been reporting, and those that do are reporting fewer transactions. Instead, LIBOR has increasingly relied on what the IBA calls "market and transaction data-based expert judgment."

As a result, in 2014 the U.S. Federal Reserve commissioned the Alternative Reference Rate Committee (ARRC) to recommend a benchmark interest rate to replace USD LIBOR, or the short-term reference rate for dollar-denominated debt.

What is LIBOR’s replacement?

For dollar-denominated loans and securities, that new benchmark is SOFR, which is based on transactions in the U.S. Treasury repurchase, or repo, market, where banks and investors borrow or lend Treasurys overnight. The Fed began publishing SOFR in 2018.

It’s worth noting that other countries are introducing their own local-currency-denominated alternative reference rates for short-term lending, but SOFR is expected to supplant USD LIBOR as the dominant global benchmark rate.

How does SOFR differ from LIBOR?

Both SOFR and LIBOR reflect short-term borrowing costs, but key differences between them make the transition tricky. First of all, SOFR relies entirely on transaction data, whereas LIBOR is based partially on market-data “expert judgment." Secondly, SOFR is purely a daily rate—what’s called an overnight rate—vs. LIBOR's seven varying rates on terms of one day to one year. Finally, LIBOR incorporates a built-in credit-risk component because it represents the average cost of borrowing by a bank. In contrast, SOFR represents a “risk free” rate because it is based on Treasurys.

Given these differences, USD LIBOR can’t simply be “swapped out” with SOFR in existing contracts that reference LIBOR—at least not without appropriate adjustments.

This is where things get complicated.

To account for the differences in SOFR and LIBOR during the transition—and in the event that LIBOR sunsets before 2021—regulators are encouraging institutions to include “fallback" clauses in all new contracts. These clauses outline exactly how differences between SOFR and LIBOR will be calculated. (For examples of how valuation differences will be calculated, ask your Morgan Stanley representative for the full report, “USD LIBOR Reform," September 20, 2019.)

What is the timing of the transition?

USD LIBOR's formal retirement is set for the end of 2021—but that timeline isn't absolute. It's possible that rates based on LIBOR could continue to be published after that point. However, it’s also possible that LIBOR will effectively end before 2021 if the number of panel banks reporting to LIBOR—currently between 11 and 16—falls below four.

Meanwhile, the transition has already begun, albeit slowly, with some U.S. institutions issuing securities and writing contracts that reference SOFR. A tipping point for SOFR could happen next year when central clearing houses begin using SOFR discounting on all dollar-denominated interest rate swaps. As more derivatives reference SOFR, it will likely spur broader adoption of SOFR.

The end of LIBOR has been referred to by some pundits as the financial market equivalent of Y2K—the time-boxed tech scare that assumed the world’s computers would shut down as 1999 turned to 2000—but the transition is meant to be gradual and measured.

Perhaps the biggest risk is that LIBOR will end prematurely, either because the number of panel banks falls below the required minimum or because regulators trigger an early end. While unlikely—because panel banks and regulators have a vested interest in a smooth transition—it could disrupt the financial system if adequate fallback clauses aren't already in place.

Even in the best circumstances, valuation differences are likely to arise, particularly for interest rate swaps and derivatives. For this reason, investors with sizable books of swaps will want to carefully manage this risk months before to the switch deadline, and prepare operational and trading capabilities for SOFR-linked derivatives products.

What does the transition mean for mortgages and other securitised products?

Different securitised products reference LIBOR in underlying loans, the bonds themselves, swaps within deals, and any combination thereof.

Legacy non-agency residential mortgage-backed securities (RMBS) are the most exposed, since most reference LIBOR. However, this group represents a small and shrinking share of the market. At its peak, the non-agency RMBS market was valued at more than US$2 trillion. Today, that market has a rough outstanding value of US$400 billion—less than US$250 billion of which still references LIBOR.

Meanwhile, newly issued securitised products and most outstanding agency mortgage-backed securities already have fallback clauses spelling out how rates will be handled during the transition from LIBOR to SOFR.

The move could also pose challenges for how lenders communicate rate changes to borrowers. Because SOFR is an overnight rate—vs. varying terms for LIBOR—lenders will need to estimate interest rates for consumers using a prior compounding period.

Will bank stocks be affected?

It's too early to estimate how the transition from LIBOR to SOFR will impact earnings for U.S. Banks. Morgan Stanley analysts believe that banks first need a functioning SOFR derivatives market to enable the hedging required to manage their balance-sheet risk.

As the derivatives market linked to SOFR grows, it should also help increase market depth and the liquidity needed to assess credit spreads. This is a bit of a “chicken or the egg" scenario, in which issuers want to see more liquidity before they adopt SOFR, but this liquidity hinges on more issuers embracing SOFR before LIBOR is gone for good.

For more on the planned cession of LIBOR, or a copy of our full report “USD LIBOR Reform", speak to your Morgan Stanley financial adviser or representative. Plus, more Ideas from Morgan Stanley's thought leaders. 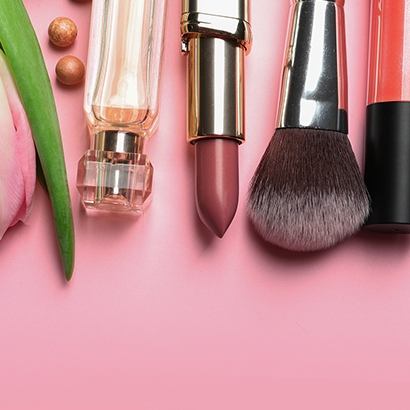