Over the last 20 years, the gaming industry has evolved from a crude arcade style into an immersive, graphically striking, social form of mobile entertainment, featuring live video streaming and supported by cloud-based infrastructure.

Already one of the world’s largest and fastest-growing entertainment industries before COVID-19 hit, gaming has exploded during the lockdowns. With advances in technology, new social formats and monetisation methods are bringing an activity once considered fringe more deeply into the mainstream.

A growing industry: new ways to pay, play and engage

The global games market generated over US$150 billion in sales in 2019, eclipsing a record year at the movie theatre box office for the second consecutive year and further demonstrating the staying power of publisher franchises. 1

New formats such as “free to play” are accelerating adoption. While most investors dismiss the industry as “hit-driven,” our global team evaluates gaming publishers with durable franchises and predictable streams of free cash flow.

Furthermore, high levels of player engagement within global gaming franchises, the opportunity for operating leverage as businesses increasingly transition to a recurring-revenue subscription offering, and the vast opportunities in mobile gaming, particularly in the emerging world, only enhances the industry’s appeal.

In recent years, video game companies have significantly expanded their reach and enhanced their technology infrastructure, implementing internet capability in traditional consoles and introducing games onto modern mediums, such as smartphones.

The global adoption of smartphones, coupled with increasingly powerful 5G networks and cloud-based infrastructure, has fuelled rapid growth in mobile gaming, allowing the industry to scale rapidly at a low marginal cost. Consumer spending on games is expected to grow to US$196 billion by 2022, and mobile gaming is predicted to grow to represent almost half of the entire games market by 2022. 2

Lacking the legacy infrastructure of landlines and cables, many emerging markets moved straight to building mobile networks as the digital age dawned. Led by China, many are mobile-first societies, skipping past the desktop computer and landline phone and adopting mobile communications. Morgan Stanley expects a similar pattern in gaming, with users forgoing single-purpose consoles in favour of smartphone devices which can play mobile games. With smartphone penetration rates climbing across emerging markets, mobile gaming was ranked the largest entertainment segment in 2019, per App Annie, reaching 45% of the global games market at $68 billion, a 10% increase from 2018.

As user growth slows in developed markets, the industry will shift focus to the developing world, driven by increasing levels of smartphone penetration, 5G network connectivity, and rising income levels.

While younger users still comprise the majority of gamers today, there are indications that older generations and past gamers have re-engaged with video games during the pandemic and will likely continue gaming as the world normalises over the long term.

This represents a significant structural change which we expect to yield an increased customer lifetime value for publishers, along with incentives to create long-lasting global franchises marketed across the developed, emerging and frontier markets.

Furthermore, the proliferation of mobile options is helping to bring more women into gaming, a trend Morgan Stanley expects to accelerate meaningfully over the coming years. However, while the number of female gamers has increased steadily over the past two decades, there remains a lack of both diversity and inclusion in video game content and studio cultures. Only 28% of the gaming employees are female, transgender, or another gender identity, according to the International Game Developers Association. This lack of diversity and inclusivity has trickle-down effects, from the way women are depicted within games to the number of jobs offered to female developers in an industry dominated by men.

Morgan Stanley sees an exciting opportunity for a more equitable and inclusive games industry. A closer understanding of diverse player motivations, as well as perspectives and preferences toward game content, allows stakeholders to make more informed, culturally-sensitive decisions in the development, marketing, and management of their games.

Following an era of unprecedented growth, the video game industry faces a number of challenges.

In an environment where maintaining trust is business critical, Morgan Stanley expects the costs of enhancing cybersecurity and regulatory compliance to grow over the coming years. Given that use of video games has been considered problematic by some and a growing public health issue, it raises the possibility of introducing and/or strengthening governmental regulation, similar to other addictive behaviours, such as alcohol consumption and gambling.

In-game purchasing systems have also generated a great deal of debate on the need for gaming-specific regulation and consumer protection across many jurisdictions. The use of parental controls is largely up to the parents or guardians themselves. Government regulation could influence the availability of such control, and state-financed campaigns could raise awareness among parents regarding the usefulness of such features. However, there is currently no evidence on the efficacy of such measures in helping keep gaming behaviour within limits and under control.

As traditional social media user growth slows, Morgan Stanley expects the next major social network to exist inside virtual gameplay. The viewing audience for online video game broadcasts is estimated at about 380 million worldwide, 3 with almost half of those considered enthusiasts, and we expect lucrative branding opportunities within forms of gaming-focused social networking.

As gaming capabilities expand into new form factors and devices, such as Virtual Reality and Augmented Reality, new experiences evolve and monetisation models are unlocked, such as subscriptions, audience micro-transactions, and cloud-gaming.

Many companies are facilitating, promoting and financially rewarding the ongoing generational change in which younger audiences don’t merely “consume” content, they “create” and “remix” it. Driven by seismic changes in consumer behaviour and preferences following the COVID-19 pandemic, we expect gaming activities to establish a new long-term growth trajectory, steeper than the one evinced pre-pandemic.

The global buildout of 5G infrastructure and the resolution of technical hurdles to high performance game streaming, remain mid-term growth catalysts for cloud gaming, which allows gamers to compete across both platforms and geographies and will be the next phase in the industry’s evolution.

While younger users still comprise the majority of gamers, Morgan Stanley expects that as they age, an increased proportion of the global population will want to play video games. This structural change will allow for increased advertising attention to new forms of media, including esports, video streams, and the games themselves.

For more information on the global gaming industry, speak to your Morgan Stanley financial adviser or representative.. Plus, more Ideas from Morgan Stanley's thought leaders. 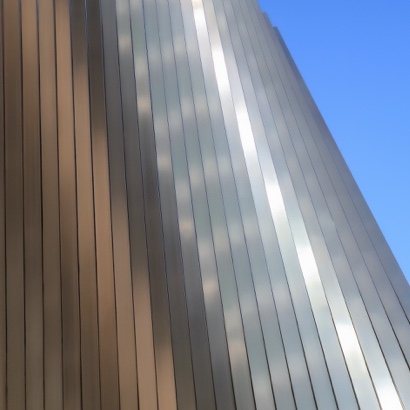