Is the Value Trade Here to Stay?

At long last, value stocks are back—but for how long? Morgan Stanley's Quantitative Equity Research team looks at whether the trend has staying power.

The former wallflowers of the market—value stocks—are suddenly the belles of the ball. After more than a decade of underperformance, both the Russell 2000 Value Index and the Russell 1000 Value Index were recently beating their respective growth indexes by more than 10 percentage points this year.

Chalk it up to increased optimism that some of the hardest-hit parts of the economy are poised for recovery, along with expectations for higher inflation and rising yields, which make pricier growth stocks less appealing.

The question now is whether the value trade has staying power. A recent analysis by Morgan Stanley's Quantitative Equity Research team suggests that there's more to the story than the usual value vs growth debate—and that different factors, sectors and securities within value haven’t reached their full potential.

“We think these moves are indicative of a broader growth-to-value rotation and expect more upside for value factors in the near term," says Boris Lerner, Global Head of Quantitative Equity Research. “The value trade is here to stay, at least for the time being."

1. Time to Look Beyond Value Sectors

Investors tend to associate “value" with a handful of sectors, such as consumer staples, energy, financials, materials and utilities. In the early stages, a rising tide of value can boost stock valuations across these sectors.

However, this definition of value also tends to be oversimplified. Traditional value sectors can include high-priced growth stocks, while typical growth sectors, such as information technology, can also have their share of value names. In fact, value has done well within most sectors over the past year.

2. Rising Rates Are Key to the Story

While the initial surge in value stocks was due to vaccine-related optimism that the hardest-hit parts of the economy would bounce back, rising interest rates are the primary reason the value trade has staying power.

When interest rates are trending higher, as they have been since late last year, it can clip the wings of pricey growth stocks, whose valuations are predicated on future returns. When rates go up, it instantly raises the bar on far-out profits needed to justify today's stock prices.

Because value names are typically mature companies with valuations based on current cash flow, rising rates don't have the same impact. At the same time, many traditional value sectors, such as financials, directly benefit from rising rates.

Morgan Stanley's U.S. rates strategists recently raised their yield forecast further above consensus and expect the 10-year Treasury to end the year at 1.7%, with a bear case of 2%, which should support further rotation towards value.

Taking this theme further, a rising-rate environment also supports the Quantitative team's longer-horizon systematic stock-selection model. With its tilt towards undervalued small-cap stocks, the model has been outperforming since March 2020. In fact, despite headlines focused on a handful of high-flying stocks, growth stocks have underperformed since March 2020.

The widely held definition of value is a stock that is underpriced relative to its fundamentals. Exactly what fundamentals—or what’s called factors in the quantitative world—are most relevant isn’t set in stone, and illustrates another reason the value trade still has legs: Different value factors tend to perform better at different stages.

Now that rates are close to their longer-term trend, Morgan Stanley's Quantitative team suggests that investors seek out undervalued stock across a wide range of industries.

For more Morgan Stanley Research on the growth-to-value rotation, speak to your Morgan Stanley financial adviser or representative for the full report “The Resurgence of Value” (2 March, 2021). Plus, more Ideas from Morgan Stanley's thought leaders.

Jonathan Gray, President and Chief Operating Officer of Blackstone, sits down with equity analyst Michael Cyprys to discuss investing in key disruption themes in energy, life sciences and logistics as well as Blackstone’s approach to innovation and a culture of meritocracy. 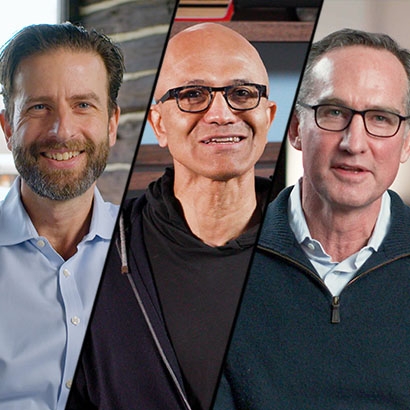 Microsoft CEO Satya Nadella sits down with Morgan Stanley’s Rob Rooney and Keith Weiss to discuss workplace digital transformation. Post-pandemic, will the workplace ever be the same? 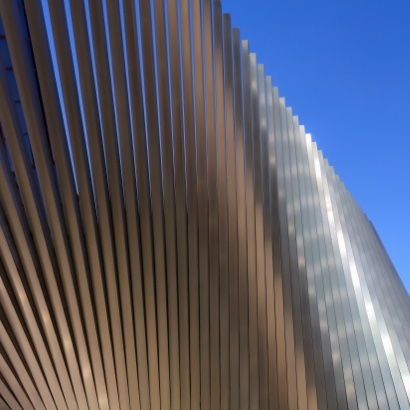 As Australia’s recovery momentum continues, debates on policy paths are starting to emerge.