The Future of Food: 4 Solutions for a Hungry Planet

Learn why feeding the world's growing population will prove ever more difficult; but innovative solutions with investment potential could be ahead.

By 2050, the world's population is forecast to surpass 10 billion people. To keep pace with population growth, the United Nations estimates that the global food supply will need to increase 50% over current volume to accommodate projected demand.

However, there’s a slight wrinkle: At the same time, climate change will threaten at least 36% of the four largest crop groups (rice, maize, wheat and soybean). In addition to producing enough food for an ever-increasing population and eliminating malnutrition, we’ll also have to do it sustainably, cutting roughly 13 gigatons of greenhouse-gas emissions in order to curb climate change.

Solving this puzzle will require ingenuity, investment—and some hard compromises.

“By 2050, the agricultural sector is expected to emit 16% more carbon emissions than it did in 2017, at a time when global emissions need to be falling to net zero," says Jessica Alsford, Morgan Stanley’s Global Head of Sustainability Research.

In a recent collaborative BluePaper, Alsford’s sustainability research team worked with their equity analyst colleagues to assess sectors within the agri-food industry that, together, can help provide sufficient, healthy and low-carbon-impact food. After accounting for scalability, sustainability and investment opportunity, they identified four preferred sectors that investors should watch—seeds, precision agriculture, agri-food testing and aquaculture—along with 125 public companies that could benefit from this “Future of Food" theme.

The UN estimates that by 2050, the world will need to feed an additional 2 billion people
(Population, bn)

No single solution exists for one of the most complex supply-and-demand quandaries in history. However, many innovations are already available, or in development, that could collectively go a long way in feeding our hungry planet.

“The problems facing the global food supply chain aren't new, but with a renewed focus on this area among policymakers, we see 2021 as a potentially pivotal moment," says Alsford.

Several initiatives now underway could help address the issue. The UN's Food Systems Summit this year aims to transform the way the world produces and consumes food, while the EU's Farm to Fork strategy looks to transition to a sustainable food system by cutting pesticide and fertiliser use, reducing food waste and rethinking how food is processed and labelled.

Meanwhile, two of the world’s largest economies expect to roll out their own initiatives. Proposed policies from U.S. President-elect Joe Biden include investment in precision agriculture and, in China, President Xi Jinping has outlined a green-development plan that could include a focus on agriculture.

Although government support is critical, ultimately, the agri-food industry will need to reinvent itself through a variety of solutions. For example, seed development solutions could produce more food at scale in more sustainable ways. Seed innovation has driven the bulk of yield enhancements over the past 30 years, a pattern likely to continue.

“New projects have significant potential for reducing crop loss and optimising the use of key resources, such as nitrogen, land and water," says Vincent Andrews, who covers chemicals and agricultural products. The report forecasts 5% to 7% annual growth for this segment over the next decade.

It’s worth noting that seed innovation stands out as an area where benefit and compromise will come into play. Although genetically modified (GM) seeds are one solution for producing sustainable food at scale, there are still concerns about their use, particularly around the impact of GM crops on biodiversity and non-target organisms.

Precision agriculture, which uses technology and data to optimise the efficiency and productivity of farming, may also hold the key to higher yields and a more sustainable food system. It can encompass a broad range of approaches, including satellite data, drones, sensors, automation and robotics.

“Both the EU and President-elect Biden have voiced support for this technology," says Courtney Yakavonis, an equity analyst covering the Industrials sector. “We anticipate growth in the low teens over the next decade, resulting in a market worth about US$17 billion in revenues, up from about US$4.7 billion in 2019."

One drawback: The costs of precision agriculture generally make it more suitable for larger farms. However, efforts to reduce the time to recoup costs to less than a year should help increase adoption by small and midsized farmers.

Better Testing at Every Stage

Agri-testing is another segment for investors to watch. It covers many stages across the agriculture and food-supply chain, including agricultural and crop analysis and inspection, cargo inspection of raw materials and end-to-end supply-chain integrity.

“While it is hard to estimate the addressable market or growth for supply-chain assurance, it is simple to quantify the risk within food supply chains," says Edward Stanley, who covers Business Services. An analysis of just 16 examples of quality-control lapses, food-supply-chain failures and food-preparation errors among publicly listed entities saw a combined loss of US$50 billion in market capitalisation over the subsequent three months, not to mention the human toll of suffering from eating contaminated food.

“Testing is a small price to pay to avoid or minimise the risk of such issues occurring or recurring," says Stanley. He expects the agri-food testing segment to grow 5% to 7% over the next decade to a market size of US$52 billion.

Improvements in food production aren't limited to terra firma. Aquaculture, better known by the term “fish farming,” could meet the rising demand for seafood products, driven by population growth and increased fish consumption per capita. In fact, aquaculture already supplies more than half of all fish consumed globally.

Despite the low-fat protein products and less carbon-intensive production (compared to beef, for example), aquaculture isn't without its issues. Sustainable practices—such as limiting the use of antibiotics, while using more sustainable feed, and preventing the escape of farm-raised fish—need wider adoption.

Yet, overall, the global aquaculture market could grow at a compound annual rate of 4%-5% over the next 10 years, reaching a market size of roughly US$310 billion by 2030, largely driven by Asia-Pacific consumer demand.

While the segments highlighted so far offer the greatest potential to increase food supplies—sustainably and at scale—investors may also want to keep an eye on some other areas, including:

For more on the future of food, or to read the full Morgan Stanley Research report, “The Future of Food: Complexities and Compromises” (6 December 2020), speak to your Morgan Stanley financial adviser or representative. Plus, more Ideas from Morgan Stanley's thought leaders. 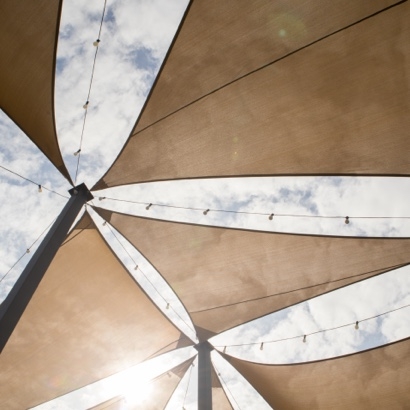 Morgan Stanley Research believes the cycle has been reset and we are now in the recovery phase. It may be a good time for investors to ensure portfolio positioning is appropriate.

Click here to attach an article or edit this tile. Hover between tiles to select its parent row for more options. 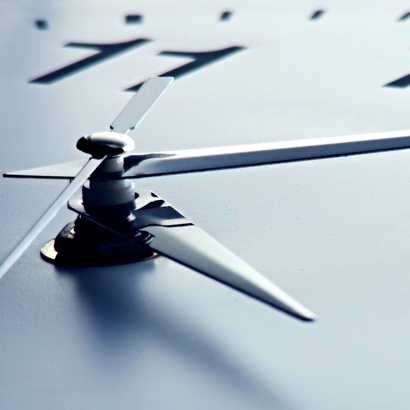 US Equity Strategy: Don't Be Late

Momentum is shifting – are you ready?