Are Investors Too Cynical on China Growth?

Sceptics see China's efforts to stimulate its economy as too little, too late or, conversely, risking another debt-deflation cycle. Here's what they may not see.

Recent news that China's economy grew 6.6% in 2018—the lowest level since the 1990s—seemed to support rising investor scepticism over efforts to ramp up growth in 2019. Meanwhile, the government's policy-easing measures have further fuelled doubts: Some investors contend that it's too little, too late, while others fret that a major stimulus could trigger another debt-disinflation cycle.

Faced with the prospects of weaker industrial activity and trade growth, and the impact of job losses, policy makers have stepped up their easing efforts.

Here’s another possibility: China's actions could bear fruit sooner than investors expect, based on recent analysis from Morgan Stanley Research economists. “To be sure, we expect first-quarter growth to be relatively weak, at 6.1%," says Chetan Ahya, Global Head of Economics. “But that should mark the bottom of the growth cycle, with annualized growth trend improving in the second quarter, and eventually reaching 6.4% by year end," as Robin Xing, Chief China Economist expects.

Sentiment alone is no reason to invest, but it's worth remembering that pessimism often reaches its highest pitch just before the cycle turns. “It builds with every downside surprise and tends to peak right around the trough in the growth cycle," Ahya says.

In a recent report, Ahya and his team address widespread concerns about the country's economy, and reiterate their view that China will help emerging markets retake the lead as the global economic growth engine. Here are the two key contentions from naysayers and Morgan Stanley's position.

Morgan Stanley's outlook: Investors should consider that, for the past two years, China has been focused on supporting financial stability.

The easing efforts have also been aimed at encouraging the private sector to lift its spending, which has been less effective, given past regulatory tightening and a rise in trade tensions have dampened private sector sentiment.

Also, China’s initial easing efforts, which started in June 2018, were relatively subdued. Meanwhile, external developments, such as the Federal Reserve’s interest rate hikes and a strengthening dollar, stymied some of those efforts.

But in December, 2018, China shifted gears. “Faced with the prospects of weaker industrial activity and trade growth, and the impact of job losses, policy makers have since stepped up their easing efforts," Ahya says.

Additional stimulus will likely take the form of more local bond issuance to support provincial and municipal spending, cuts to value-added taxes to help manufacturers and exporters, and further reductions to the reserve requirement ratio for most commercial banks, which should lower financing costs and free up capital for more loans to businesses and consumers. Other efforts include pro-consumption measures, such as subsidies for the purchase of autos and household appliances, and, potentially, interest-rate cuts.

Sceptics say: Too Much Easing Could Backfire

Morgan Stanley's outlook: The concern is valid, given prior debt-fuelled overinvestment that led to a prolonged debt-disinflation cycle from 2012-16. This time around, however, the government is making a concerted effort to prioritise growth quality over quantity, thus, avoiding the massive credit and infrastructure stimulus they relied on in the past.

“Policy makers are now encouraging the public sector to do the heavy lifting on spending," says Ahya. That includes the acceleration of local government bond issuance. All the while, China continues to support other key reforms, such as reducing poverty and minimising pollution levels.

Debt to GDP in China Has Stabilized, Led by Corporate Sector
(% of GDP)

To be sure, downside risks remain. For example, these policy measures could take longer than expected to translate into actual economic activity. Another is that weakening trade growth or an adverse outcome in trade negotiations could drag on overall growth. However, Ahya and his team note that, given the reported progress in bilateral trade negotiations, the chances of tariff escalation beyond March 1st are now lower.

For more on China and Emerging Markets or a copy of our research report, speak to your Morgan Stanley financial adviser or representative. Plus, more Ideas from Morgan Stanley's thought leaders. 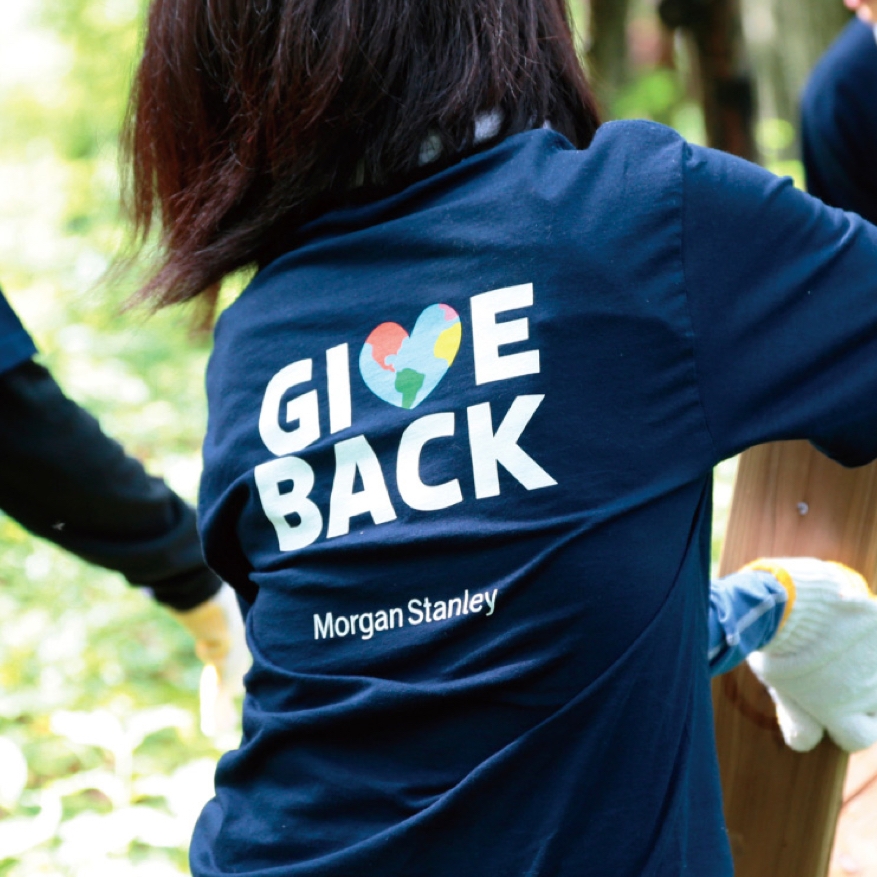