What goes up must come down

Australia recently experienced an unprecedented housing boom and saw a peak in total housing starts (construction of new buildings intended for residential living). Within this, the record levels of activity were predominantly driven by the apartment segment, which has become an important part of the housing mix in Australia.

However, housing starts are continuing to fall which indicates that a decline in the Australian housing construction is underway.

Why are housing starts an important measurement?

Although residential construction accounts for a relatively small share of economic activity, it has a large effect on overall development in the Australian economy.

Housing starts are a vital economic indicator because of their broad impact on other sectors, such as materials, utilities and manufacturing.

Research suggests the boom in the Australian housing construction is over, as housing starts and building approvals point to further declines.

Housing starts for the 12 months to March 2019 totalled 210,000, 11% below peak levels. Australia’s east coast continues to be the primary driver of the decline with housing starts in New South Wales, Victoria and Queensland all down 28%, 27% and 29% respectively versus the previous corresponding period.

Housing starts are now turning down 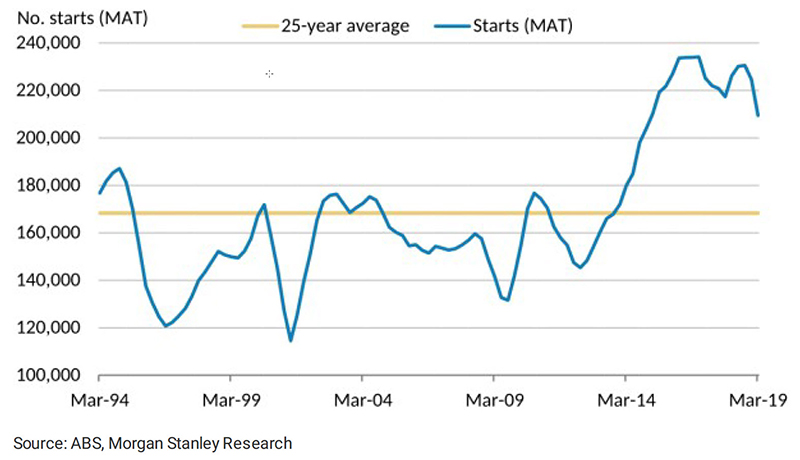 Housing starts by state show the decline is broad-based 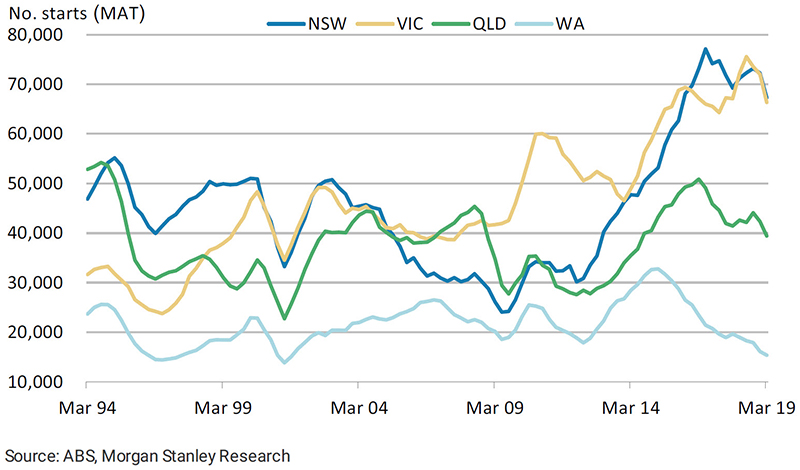 Building approvals also indicate further declines across the east coast. The latest May 2019 figures marked 11 months of decline in building approvals versus the previous corresponding period. On a national level, approvals are now at the lowest level since January 2013. 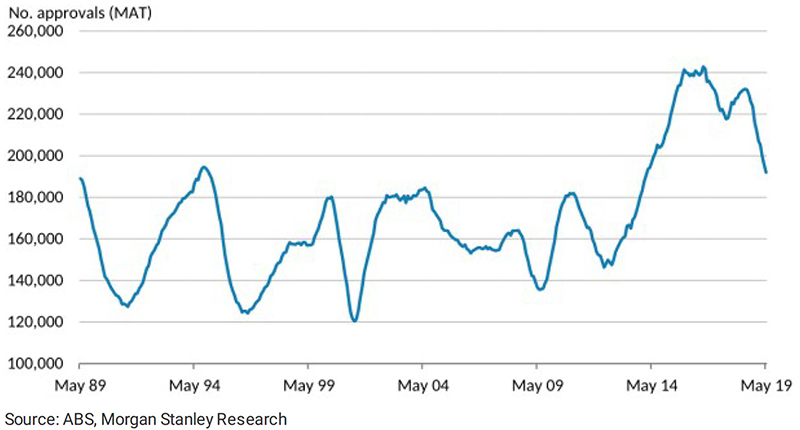 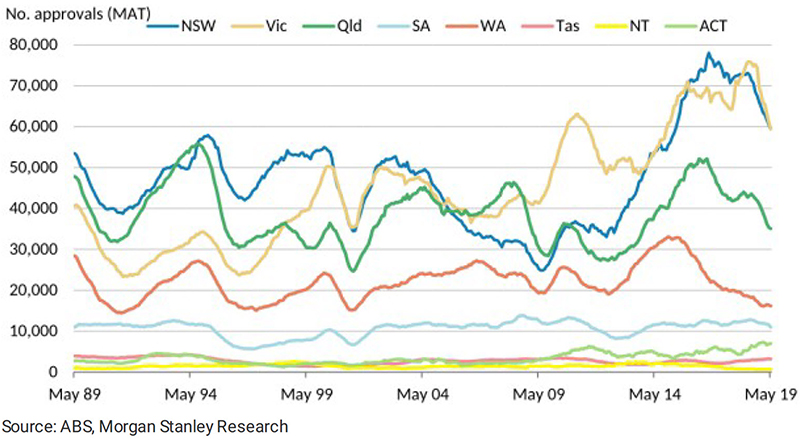 Detached houses in Australia have historically accounted for ~70% of all housing starts, with the higher density non-house (townhouse and apartment) segments accounting for ~30%. However, the increase in the non-house segment led it to eclipse detached housing for a period from March 2016 to June 2016, reaching a peak at 56% of total housing starts.

Non-house starts increased 115% from June 2012 to the peak in June 2016. However, this growth has come to an end with apartment approvals down 22% from peak levels.

The Australian residential building materials stocks have generally outperformed since the Australian federal election in May 2019.

However, Morgan Stanley believes that this outperformance has come too early, and has been driven by increased confidence from investors following the removal of negative gearing risk that could have come with a Labor victory, interest rate cuts from the RBA, and APRA changes to serviceability requirements. While these items are incremental positives, this may not be sufficient to arrest declines in construction activity.

Building approvals have now fallen 25% from their trend peak – suggesting significant construction weakness over the next 18 months. As the housing downturn takes shape, it is important to consider how the altered composition of housing activity will affect volumes and ultimately, the revenues and profits of the listed building materials providers.

For more on the Australian housing construction trends or a copy of our research report, speak to your Morgan Stanley financial adviser or representative. Plus, more Ideas from Morgan Stanley’s thought leaders. 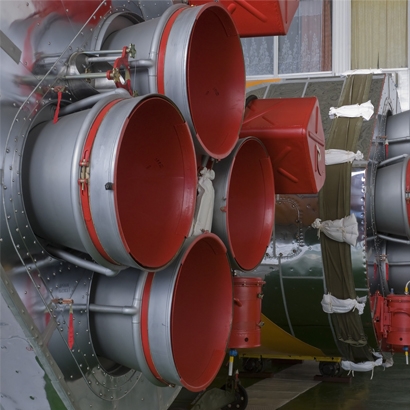 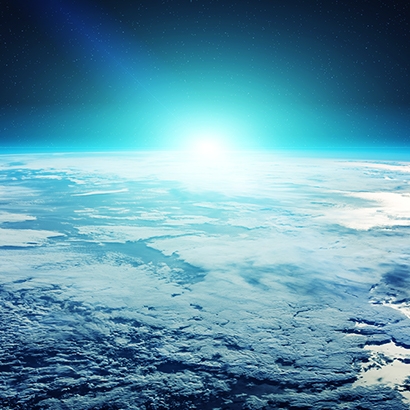