Floods, droughts, hurricanes, wildfires—the effects of climate change are on display as never before. These natural disasters, attributed to the world's rising temperatures, have impacted public health, relocated millions and imposed economic damage: more than $650 billion globally over the last three years, equal to 0.28% of the world's GDP.

However, a recent report from Morgan Stanley Research shines a light on another potential climate change issue: the spread of infectious disease due to rising temperatures.

Warmer climates create more hospitable environments for disease transmission to occur. As a result, nearly one billion more people—well over 10% of the world's current population—could be exposed to the threat of dengue, yellow fever, chikungunya and the Zika virus over the next 60 years. Almost all will be in places where these diseases are now rarely encountered, if at all; more than half will be in Western Europe.

On the front lines will be pharmaceutical companies—biopharma in particular—who have pipelines addressing major tropical diseases.

“The biopharma sector will have a critical role to play in this fight,” says Matthew Harrison, Morgan Stanley equity analyst for large cap biotech companies. “With 6 billion people currently exposed, we estimate the current market size for vaccines to treat these diseases is about US$500 billion, assuming per patient pricing of US $225 in North America and Western/Central Europe and US$75 in Eastern Europe and the rest of the world.  But in our base case, there could be up to US$125 billion of additional vaccinations needed, some of which will need to come from government vaccination programs.”

The challenge of developing and manufacturing those vaccines is daunting, and even the companies best positioned to do so will face significant time and cost hurdles. But those with pipelines already in place—and who have partnered with governments in the past to fight disease—will be able to lead the way in the fight ahead.

Although countries are working to cut greenhouse gases, CO2 emissions are at the highest levels in human history. “The Nobel Prize-winning Intergovernmental Panel on Climate Change suggests that, in the worst-case scenario, the world is on course for a global temperature increase of more than 4.5° celsius this century,” says Mark Savino, equity strategist on the Global Sustainability Research team.

As temperatures rise, it lengthens the transmission period and geographical range of vector-borne diseases—diseases transmitted by living organisms—particularly those transmitted by the Aedes aegypti and Aedes albopictus mosquitoes.

“To date, high-latitude and high-income nations have been largely able to shield themselves from major exposure to the diseases borne by these mosquitoes. But if the IPCC's worst-case numbers are realiszed, research suggests that by 2050 nearly 725 million more people than today could be exposed,” says Savino. By 2080, that number could rise to 900 million.

Even if nations manage to keep a lid on temperatures, in the IPCC's best-case outlook more than 450 million more people are still likely to be exposed to by 2080—putting pharmaceutical companies front and centre to combat the threat.

But the needed drugs won't appear overnight. Harrison notes the development of vaccines is expensive and takes time. “The successful development and launch of a new vaccine can take upwards of 20 years,” says Harrison. “Based on current technology, it takes around five years to build significant incremental manufacturing capacity—and one to two years just to manufacture a single dose of vaccine.”

While new vaccination technologies could potentially speed up the development process, the clinical development phase is likely to remain lengthy. Global governments will also have a role to play, allocating budget for national vaccination programs and prioritising the regulatory process to bring vaccines to market faster.

To assess which biopharma companies could lead the charge on vaccination programs, the analysts studied the 2014 Ebola outbreak and the 2015 Zika outbreak to assess capabilities such as large-scale vaccine manufacturing and research and development for tropical diseases.

“Although relatively few biopharma companies are actively developing vaccines against potential tropical diseases, a number of them possess the capability and some have active programs in development,” says Harrison.

The companies with already active programs are likely to be best positioned, as are companies who have previously partnered with the Biomedical Advanced Research and Development Authority (BARDA) or Defense Advance Research Projects Agency (DARPA), two U.S. agencies who have a role developing medical countermeasures to contain infectious diseases. During the Zika outbreak—which hit every U.S. state except Alaska—BARDA provided funding to a select group of companies most likely to be able to quickly develop a vaccine.

Morgan Stanley estimates that the projected costs for vaccines to treat dengue, chikungunya, Zika and yellow fever could be as substantial. “While the current costs of vaccines to treat these diseases is about $500 billion, we estimate $50-$125 billion of incremental vaccinations needed for the additional population exposed,” says Harrison. “We see potential for this to reach around $200 billion based on branded pricing of more complicated vaccines.”

But as global temperatures climb and exposure rises, so may the costs to vaccinate populations. Nearer-term, the report notes that the first line of defence in regions such as Europe is likely to remain centred on eradicating the disease-carrying vectors through the use of bio- or chemical insecticides. However, even in the best-case scenario, biopharma will play an important role in mitigating tropical diseases as humanity confronts rising temperatures.

For more on biopharma’s role amid climate change and the spread of infectious disease, or a copy of our full report,’ Climate Change Raises Risk of Infectious Disease; Sizing the Impact on Biopharma’, speak to your Morgan Stanley financial adviser or representative. Plus, more Ideas from Morgan Stanley's thought leaders. 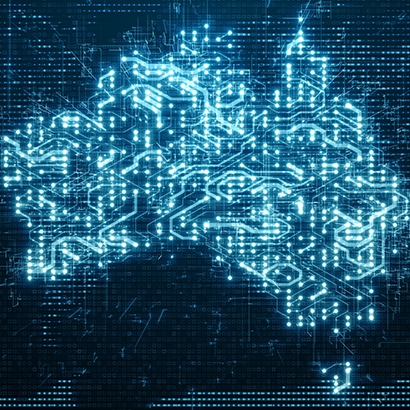 Can 5G replace the NBN as Australia’s go-to broadband connection?