7 Reasons European Equities Are Due a Fresh Look

It may be time to toss out “old economy" notions about European equities, as tech and healthcare stocks help the region update its sector mix.

After a decade of underperformance, investors have become a bit wary of European stocks.

Who can blame them? The MSCI Europe Index just clocked its worst 10-year stretch against the S&P 500 since the 1930s, with European stock prices hovering at 100-year lows relative to their cross-Atlantic peers. But, tempting as it is to dismiss the region, recent analysis from Morgan Stanley Research finds that European equities may be worth a fresh look.

“Investor sentiment and positioning toward the region is structurally low, in our opinion," says Graham Secker, Head of Morgan Stanley's European and UK equity strategy team. “However, we think the relative investment case for the region is starting to improve from both a top-down and bottom-up perspective."

European equities are now at a 100-year low relative to U.S. stocks

That translates into policy stimulus from central governments and different market leadership on the European Street. Morgan Stanley economists believe that the EU Recovery Fund enacted in July could add 0.6% to 1.0% per year to GDP over the next five years. Meanwhile, today's European stock market leaderboard boasts more tech and healthcare companies than “old economy" names in sectors like banking and energy. This transition to a superior sector mix could deliver overall higher and more stable earnings growth and lead to a higher valuation.

To that end, here are a handful of surprising facts that highlight the breadth of changes afoot on the continent.

1. Healthcare has become the largest sector in MSCI Europe.

At 16% of the MSCI Europe Index, healthcare is now the largest sector in Europe, with the biggest increase in weighting of any sector in the past decade. Consumer staples is close behind at 15%, followed by industrials at 14%.

To illustrate how “old world" sectors have receded in relative significance, consider that the three sectors of healthcare, consumer staples and industrials combined now account for 45% of MSCI Europe—or three times the share of banks, energy, autos and telecoms combined.

Europe is dogged by the perception that it lags the U.S. and Asia in tech, but a look at the SX5E Index tells a different story. Today, tech stocks make up the heaviest weighted sector in the index, ahead of personal and household goods, industrial goods and services, and chemicals.

Tech also leads the MSCI Germany Index with its 14% weighting, ahead of insurance (11%) and capital goods (11%).

3. Financials have declined dramatically since 2010

Europe is also no longer overweight banks. At 6% of MSCI Europe, banks are weighted on par with MSCI's All Country World Index, which tracks equities globally. That's down more than half from a decade ago, and only slightly larger than insurance (6%) and diversified financials (4%) today.

A similar story is playing out in the SX5E, where banks (6.6%) are now materially smaller than chemicals (9.8%) and half of household and personal goods (12.3%).

At 22% of the wider MSCI Europe index, the UK remains the region’s largest single-country component, despite suffering the steepest decline in relative weighting over the past decade. On the other hand, Switzerland logged the largest increase, up more than five points (16.6%) to slot in just behind France (17.3%).

MSCI Denmark has been the best-performing country index in Europe by far over the past decade, ranking among the top three performers seven times since 2010. Today, MSCI Denmark is bigger than banking- and utilities-heavy MSCI Spain and MSCI Italy, both of which were four to five times larger, respectively, in 2010.

The Netherlands and Sweden have also been consistent top performers, while the UK, Austria and the periphery have consistently underperformed.

6. Netherlands has the highest correlation to the Nasdaq

The Netherlands has a higher correlation to the Nasdaq than any European sector in the MSCI, including tech. One reason for outstanding Dutch performance over the last decade: increased weight in growth-heavy industries like semiconductors and retail.

For all the focus on autos as Europe's bellwether, the sector's relative market capitalisation has been remarkably low for the past decade, fluctuating between 2% and 3%. The sector’s latest 2.2% weighting in MSCI Europe is lower than even semiconductors, at 2.4%. Healthcare, telecoms, software and energy are also bigger. And in MSCI Germany, auto stocks don't even crack the top five now.

While it may seem hard to be enthusiastic about European stocks when investors remain focused on U.S. and global tech behemoths, Europe's sector-mix shift toward growth-orientated sectors now makes a relatively stronger investment case for European stocks.

For more Morgan Stanley Research on the shifting composition of the European stock market, speak to your Morgan Stanley financial adviser or representative for the full report, “The Changing Face of European Equities” (25 August, 2020). Plus, more Ideas from Morgan Stanley's thought leaders. 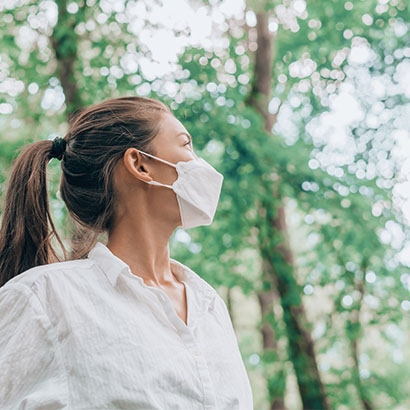