The last few years have been challenging times to run or invest in apparel retailers. The shift to online shopping is not the only problem the apparel industry is facing. Morgan Stanley Research believes another powerful trend is developing – the demand for apparel in developed countries is plateauing.

The move to sourcing from Asia, combined with the rise of value retailers, has seen clothing prices fall significantly over the last two decades. Despite falling prices, clothing markets continued to grow in value terms, because consumers responded to lower prices by acquiring clothing in ever-larger quantities.

However, if apparel consumption is hitting a ceiling and prices continue to fall, the apparel industry may be entering an extended period of structural decline.

Clothing prices continue to go down

The main cause of the price reductions over the last 20-25 years can be summed up in a single word: globalisation.

A combination of reduced shipping costs and regulatory changes, for example China entering the World Trade Organisation in 2001, made it possible for developed-market retailers to shift their sourcing locally to countries with much lower labour costs, mostly in East Asia.

Since labour is the largest component in the cost of most apparel garments, this lowered the cost price of most garments significantly. Compounded by channel mix changes, such as the growth in discount channels, this has resulted in steady reductions in average selling prices in apparel in most developed markets.

Morgan Stanley Research predicts clothing is likely to continue to become cheaper to produce. In the near term, production may continue to shift from relatively expensive countries like China to countries such as Vietnam and Bangladesh, while in the long term, technology - particularly the rise of 'sewbots' - could significantly reduce the amount of labour required to make clothing. This could potentially increase speed to market and reduce transportation costs.

Why has demand for apparel peaked?

Kantar data suggests consumers in the UK are now buying more than 50 items of clothing per person per annum. This is a significant increase from an estimated 20 items in the early 1990s.

UK consumers are now buying around 50 items of clothing each, per annum, compared with around 20 items per annum, on average back in 1991 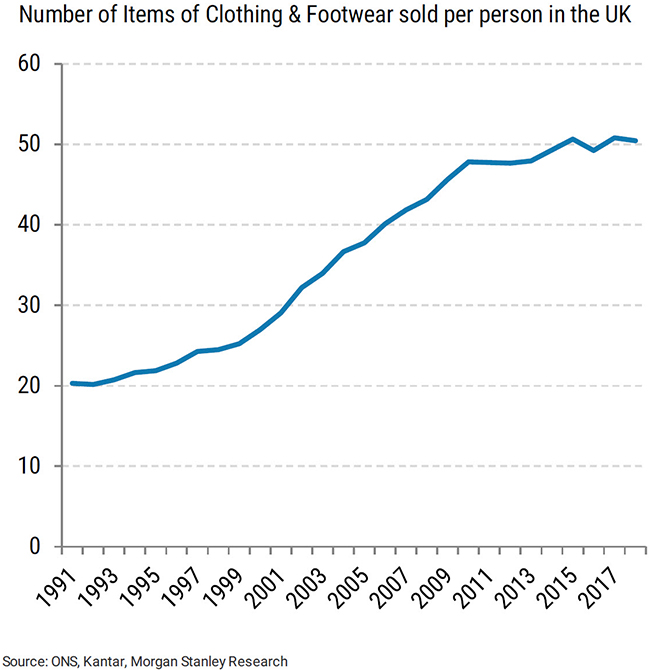 So why is per-capita consumption of apparel stabilising (or in the case of the UK and Japan, even falling slightly), when it had been increasing steadily for so long? Morgan Stanley Research believes there are two main reasons why clothing volumes are no longer growing:

How we think investors should play this theme

Falling prices, static volumes and an ongoing channel shift make a toxic combination for the apparel industry, not just for the short term.

The world's leading dozen listed apparel retailers have, on average, seen earnings downgrades of almost 40% since the beginning of 2016.

Even in the most developed countries, apparel retailing remains a fragmented industry with few retailers enjoying double-digit percentage market shares. So it is possible that some retailers will prosper, however, Morgan Stanley Research predicts the majority of the big retailers, are likely to struggle.

For more on the apparel industry, or a copy of our full report ‘Peak Clothing', speak to your Morgan Stanley financial adviser or representative. Plus, more Ideas from Morgan Stanley's thought leaders. 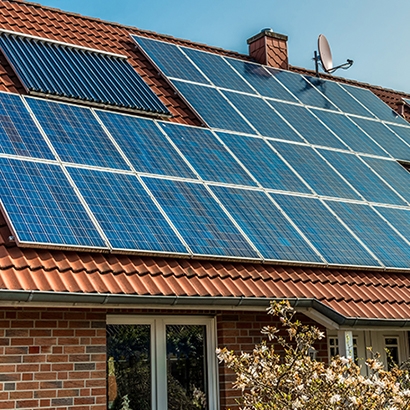